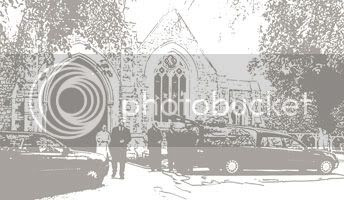 It was a sad September. My Aunt who had been suffering with lymphoma for almost ten years passed away. She was a lovely woman whom we'll badly miss.

But I can share a funny story among the sadness. The night before the funeral, Jenny hung her clothes on the closet door handle ready for the morning rush to get out of the house and into London. The clothes were brand new and very specially chosen for this most solemn of occasions.

We woke up to discover the most horrendous crime. The cat had taken it upon himself to bless said clothes with a generous and most accurate blast of pee! The clothes reeked right to heaven. Now, it's rare that Jenny gets angry but she literally hit the roof.  The wrath of a woman whose carefully crafted outfit has been destroyed is not to be underestimated. It's a good thing I chucked the cat outside. If Jenny had caught up with him that morning, there would have been another death in the family.

We have no idea why he did it. Maybe he didn't like the smell of the brand new clothes and thought he could improve on it. Certainly is was the worst possible timing. Unfortunately, Jenny didn't have a very good alternative outfit but had to make do. It's taken a while for Jenny to forgive the cat but he's still banned from our bedroom.

I can hear Yolanda having a good chuckle over it.